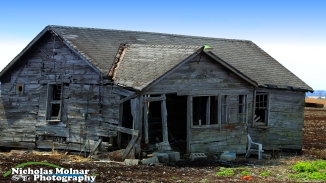 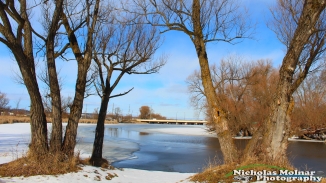 Like Loading...
Barns – A Disappearing Landscape
Bradford West Gwillimbury, Ont, Canada
Photographer- Nicholas Molnar Photography
These old barns form an essential part of the history of any farm, each one bearing its own story of the family that built it, of all the seasons that have passed since its construction, of the many harvests it has safely sheltered.

#CountrySide #Bradford #Ontario
Saving The History of Bradford One Picture at a time. 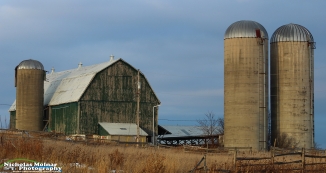 On August 15, 2019, on behalf of the BWG Local History Association, the ‘Bradford 1900’ map was presented, ‘ In Appreciation’ to the BWG Planning and Development Engineering Department. (It will replace the laminate version as seen on the wall). This map was first published in 1977 and the information compiled by long-time Bradford resident Fred Collings.

A copy of this map will be on display during Carrotfest 2019 at the BWG Local History Association booth. This map is available (special order) through the Bradford Print Shoppe in plaque form for only $45 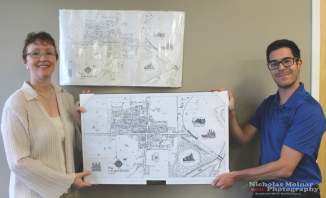 In Appreciation – From the Bradford West Gwillimbury Local History Association 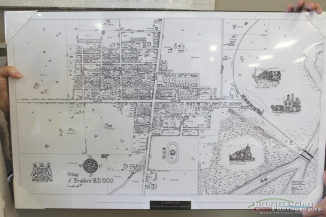 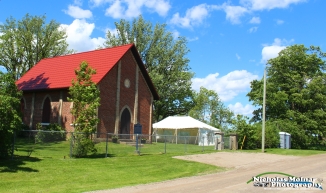 In 1819, a group of Scottish and Irish settlers arrived in Upper Canada, and developed the area known today as the “Scotch Settlement”
The Auld Kirk Church is located on the south half of Lot 8 on Concession 6 of West Gwillimbury. In 1819, a group of Scottish and Irish settlers arrived in Upper Canada, and developed the area known today as the “Scotch Settlement”. After the initial goal of building homes to fulfil the stipulation of the land grants, their thoughts turned toward building a church and school to educate their children. In 1822, the land was obtained from John Faris, an Irish farmer, for a graveyard. In 1823, a log church was built on the land, and it also served as a schoolhouse during the winter months. This building, which was later moved to a different location, was the first school and church in Simcoe County. The congregation first met On January 6, 1822. James Sutherland, a settler, was authorized by the Church of Scotland to conduct baptisms and marriages until there was a settled minister. The first settled pastor was not until 1831. In 1832, they decided to send for a minister from the Established Church of Scotland, which resulted in a split in the congregation, and a new Church being formed in Bond Head. The remaining congregation stayed true to the belief’s of the Church of Scotland, and the church never had an organ, and only Psalms were sung, not written hymns. All of the sermons were long and in Gaelic and were interpreted. In 1869, the present church was built costing $1000 to the congregation. Due to dwindling numbers, the church was closed in 1885. A new roof was put on in 1912, and in 1929, shutters were put on the church and the doors repaired. A fence was also put around the cemetery, and the driving shed was moved to a local farm where it still exists today. Another restoration of the church was done in 1958, when a new roof was put on, the windows were put back in, new steps were built, it was painted inside and out, and the floor was jacked up. Two plaques were dedicated in 1958. One was unveiled by Henry McKay in honour of his aunt and uncle, Mr. and Mrs. James McKay, some of the first settlers. The other was unveiled by Angus Campbell, for the Ontario Government’s recognition of the Selkirk Settlers.
In 1815 some 140 Highland Scots from Lord Selkirk’s Red River Settlement, disheartened by crop failures and the opposition of the North West Company, moved to Upper Canada. Transported in the Nor’Westers’ canoes, they disembarked at Holland Landing in September. They found temporary employment in the Yonge Street settlements but in 1819 many took up land in West Gwillimbury. In 1823 Presbyterian services were held in a building on this site which was replaced by a frame church in 1827. The present structure was completed in 1869. Check out the Full album located here at this link on Facebook.  Scotch Settlement 200th Anniversary Album 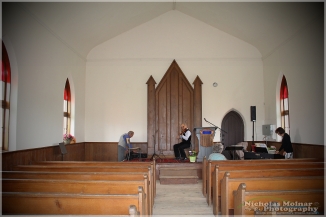